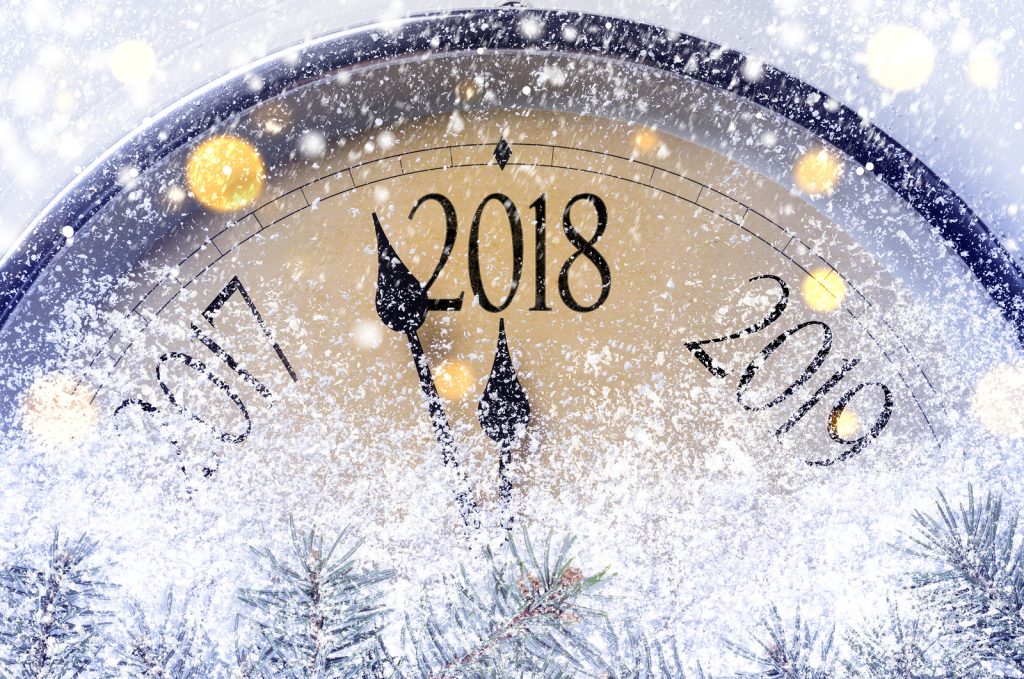 After all, there’s more to life than white papers.

One of the habits of highly effective people is to “sharpen the saw.” That means taking time off to refresh and renew yourself.

[Tweet “Take time off to refresh and renew; you can start with some of my favorite things.”]

Coming back to work with fresh insights from books, movies, and even commentaries on political developments can keep you sharper. 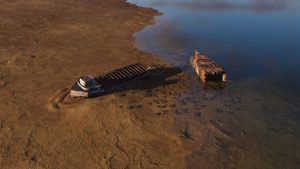 I’ve been telling everyone about this amazing documentary. Thanks to new technology called “multibeam scanning” the bottom of all the Great Lakes have now been mapped better than ever before.

Want to see an underwater waterfall that would dwarf Niagara Falls? Evidence of prehistoric caribou hunting? The wreck of the Edmund Fitzgerald at the bottom of Lake Superior?

This 42-minute documentary shows all that and more. I especially love how the visualizations show the water receding and drying up across the lake bottoms.

The Last Days of Night: A Novel by Graham Moore

This is a dramatization of the real-life story of the epic battle over the electrification of the United States in the 1890s. Some reviewers say it creates a whole new genre: the historical legal thriller.

The book features the larger-than-life characters of Thomas Edison, George Westinghouse, and Nikola Tesla… and the lawyer who ties them all together.

Along the way, the author suggests many parallels between that era and the dawn of the internet age a century later.

And check out this passage, where he describes the lawyer’s work.

“Paul was a professional builder of narratives. He was a teller of concise tales. His work was to take a series of isolated events, and … craft from them a progression… a beginning, a middle, and an end… That was the business of Paul’s stories: to present an undeniable view of the world.”

Sounds a lot like what white paper writers do, right?

Anyway, if you’re interested in inventors, the history of technology, New York City, or any of the people named above, you will likely enjoy this cracking good tale.

Favorite music to write by

Kind of Blue by Miles Davis 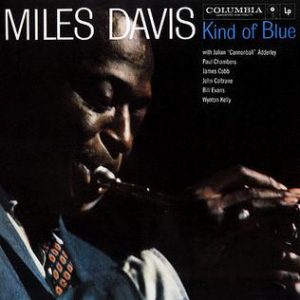 My fav in this category didn’t change this year.

It’s got to be music without words, because singing scrambles my brain when I’m trying to write. And though I love Bach—and can listen to him when I’m editing—I prefer jazz as a work soundtrack.

Miles Davis is one of the most prodigious musical genuises who ever lived. Three of his albums are in the top 25 best-selling jazz records of all time, but Kind of Blue is the undisputed top of the list.

It’s quiet and contemplative and perfect for writing. In fact, I’m listening to it right now.

Outlander based on the books by Diana Gabaldon 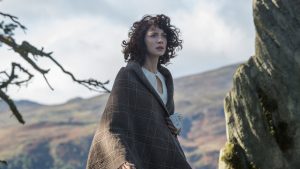 This may seem a strange category, but I don’t watch regular TV: There’s just too many commercials!

Hint: Want to find some more hours in your week? Cut the cable and stop watching network TV. When I did that, I recovered a couple hours a day.

I used to think Outlander was chick-lit, but this series changed my mind. Apparently half the audience is men, and I can see why. It’s a stirring recreation of Scottish clan life in the mid-1700s with thrills, intrigue, and action enough for any guy.

Not to mention the torrid love scenes!

On Rotten Tomatoes, both critics and viewers score all three seasons so far well into the 90s. 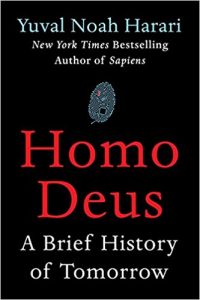 Down through the ages, our three biggest problems were always starvation, disease, and war.

But in the 21st century, we may actually eliminate all three.

So says eclectic author Harari in this far-ranging discussion.

This book on humankind’s future follows his previous work Sapiens, which looked at humankind’s past. I’m looking forward to reading that next.

You might prefer to read those in the order he wrote them, to understand the past before you move into the future.

We’ve heard about many men in high places crashing to earth for their terrible mistreatment of women.

Now it’s time for the rest of us men to re-examine our  behavior towards women, in the workplace and everywhere else.

To help get you started, this link goes to a good discussion on CBC between two male journalists and an activist. There’s no male shaming and no backlash, just a thoughtful, honest discussion.

This is what I expect, I should add, from my favorite radio program of the past few years, The Sunday Edition on CBC.

Here’s the thing. As a father of two girls, I want them to grow up in a world where they don’t have to face catcalls on the street, putdowns at school, and sexual predators in the workplace.

Don’t you? Doesn’t everyone?

And if you’re a father to young boys, please teach them that “no means no” even if they’re at a party or on some sports team.

If you don’t teach them that, who will?

Favorite project of the year 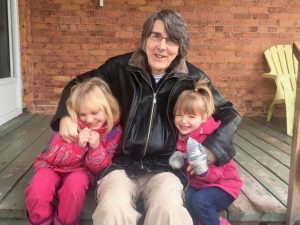 Most years, I  have a favorite white paper project, but this year is different.

Did you know I worked many years as a journalist? But I haven’t written any magazine/web articles for years. This spring I was asked to write about being an older dad, and here’s what I came up with.

It’s framed as a letter to George Clooney, on the eve of his entry into fatherhood at the same age I did.

It was fun hearing people’s reactions.

Thank you for reading our blog this year. We truly appreciate you.

At That White Paper Guy, we’re planning some neat things for next year: a web refresh, some new publications, and a couple new online courses.

Please stay tuned for those.

And I wish you and yours happy holidays, and a very happy and healthy New Year. See you in 2018… sharper than ever! 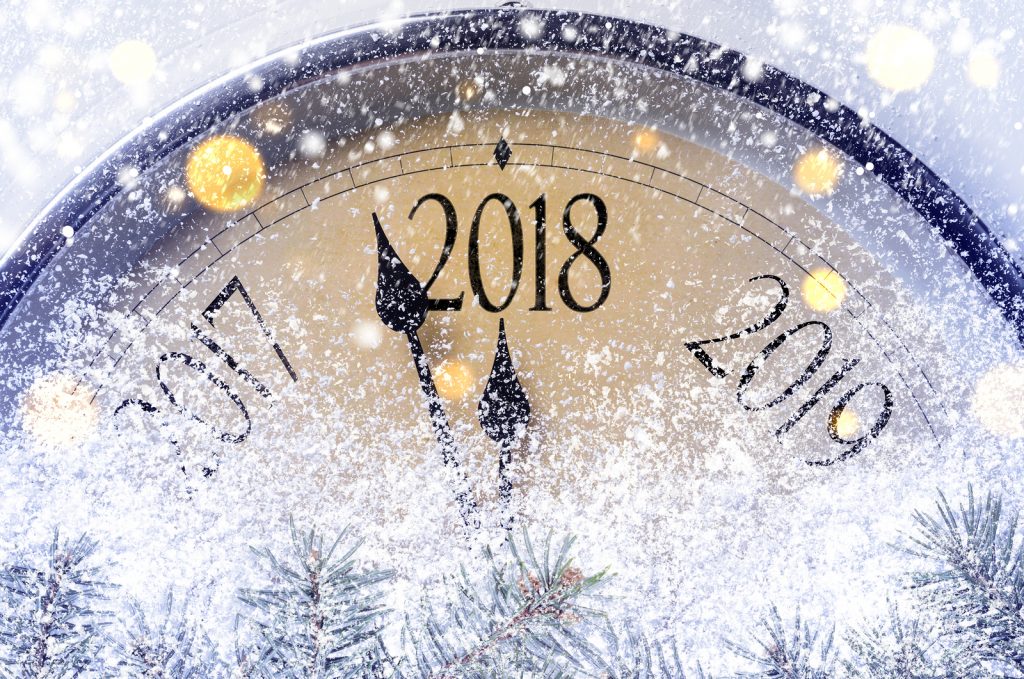 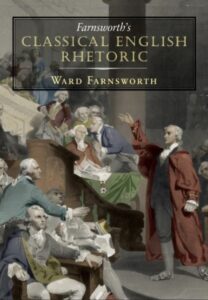 For years, I never knew that the process of building an argument has a name.... 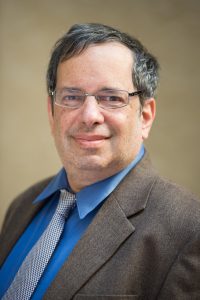 I have plenty of books by Bob Bly—the copywriter's copywriter—on my shelves. And every so...