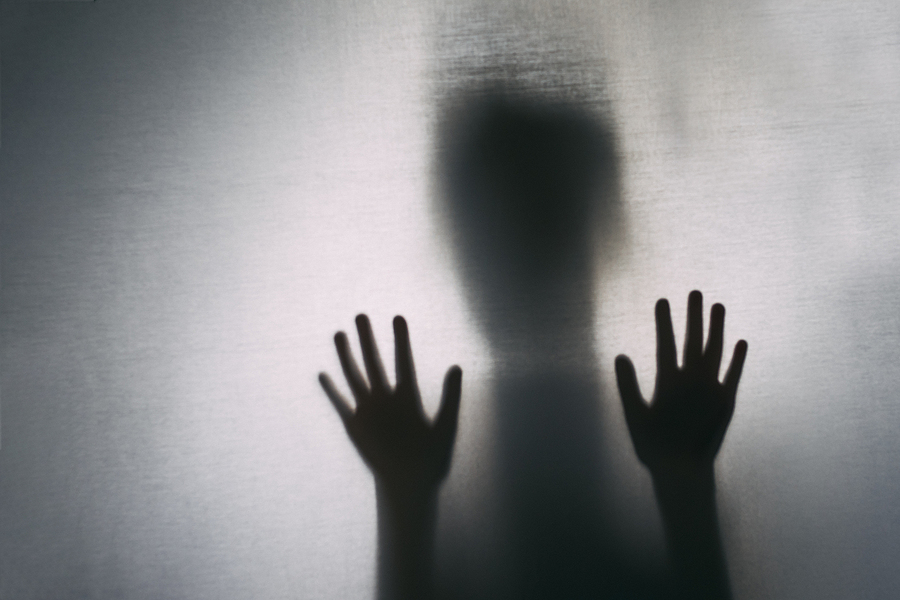 A marketing person asks me to do a white paper for their company.

They’re excited to have me on their team.

Using my time-tested method, I deliver an executive summary. The client approves it with no reservations. They pay my first invoice.

I expand the executive summary into a full-length draft. It’s the right length. I believe it’s the right tone. I send the draft to my client.

Then I wait until our agreed-on deadline for their comments.

I follow up with an encouraging e-mail. I wait another week.

Getting concerned, I e-mail to suggest a conference call to walk through the draft together.

I e-mail a few more times.

I even check LinkedIn to make sure my contact is still with the company.

Over the years, this has happened to me at least four times. I’m still wondering what happened, and feeling a little sore about it.

I wasted my time (and in a couple of cases didn’t collect) on a project that was abandoned by the client.

Of course, the reality is that none of those breakdowns were likely my fault.

The real cause could be any of these reasons why white papers fail:

The thing is, I’ll never know the real reason.

All I know is the client stopped talking to me.

The job of a marketing person is never done.

There’s a million projects, priorities, deadlines, To Dos. Our white paper is only one of a dozen projects my client is juggling.

And if a conflict arises among reviewers, it’s painful.

Instead of having a hard conversation with a writer, it’s easier to put that off and move on to something more manageable.

The days go by quickly. After a few weeks, the client has added a long delay to the process.

Now they’re facing two uncomfortable conversations—one about the delay, and another about the negative reviews.

After a few more weeks, other priorities encroach. The guilt begins to recede.

In my experience, a white paper review can break down in 3 different ways:

What can anyone do?

Here are some tactics both clients and writers can use to get past review breakdowns.

“I’m sorry, but I misread the level of interest in this topic from our reviewers. I can’t get them to look at it. I’m not sure what to do next…”

This opens up the discussion and invites the writer to suggest some possibilities.

Possible reasons for no reviews:

Working together, the client and writer may be able to re-boot the review process. It’s worth the effort. 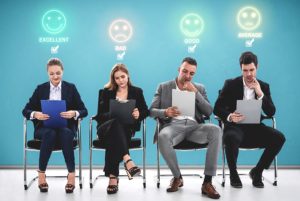 “We just can’t get a consensus. Some of our reviewers like it, some of them really don’t. So we’re kind of stuck here. We don’t know how to move forward…”

Again, this gives the writer some scope to suggest next steps.

For a writer, the key is not to be defensive.

It’s not about you, even if some reviewers try to make it personal.

Your goal is not to defend your draft.

Your goal is to help your client work around the differences of opinion well enough to get that white paper published.

Possible reasons why reviewers are deadlocked:

In these cases, no one white paper can likely make everyone happy. But you’re only being paid to write one.

Clients need to push back and get their reviewers’ comments to line up.

“This draft is not what we hoped for. We expected this to go into [something else]…”

Or “This draft spends far too long on [this topic] without saying much at all about [that topic].”

Or something very tough to articulate: “This draft just doesn’t sound like us, it’s not in the company voice.”

That’s all bad news. But at least the client is communicating… instead of ghosting the writer.

Sometimes what sounds like a big problem can be fixed with a little tweaking.

For example, the writer may use a few terms or acronyms that bug certain reviewers. If the writer substitutes different terms, those reviewers like the draft!

Reviewers need to understand that this can happen even with seasoned writers and much bigger projects.

Sometimes writers need to do major rewrites of books, speeches or movie scripts.

Don’t give up without explaining what’s wrong. Offer the writer a chance to fix the draft.

Admit it, we’ve all done it

When I think back, I have to admit it. Over the years, I’ve ghosted a few exes and ex-friends.

It happened when they asked me for some kind of energy or commitment I didn’t know how to deliver.

I was too immature to tell them honestly, “I can’t do that…” or “I don’t know how to do that…” or even the dreaded “I’m just not that into you.”

I’m sorry for the pain and confusion I caused. I really am.

And I hope I’ve never done that in a business context. But I probably have.

A jammed Inbox, an overwhelming ToDo list, too many things going on at once… and I’ve probably not answered someone’s question or ignored someone’s comment. 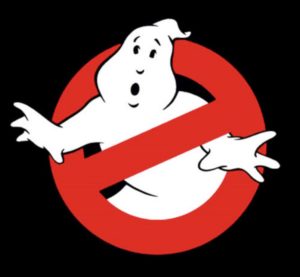 So I’m making a resolution, and I invite you to join me: No more ghosting!

We can start by not ghosting any of our clients, contractors or colleagues.

When we’re working together on a project, let’s be honest with each other.

Let’s be clear about what we want.

And if we run into a problem, let’s re-state what we expect and see what we can work out.

Let’s save each other a lot of pain, stress and confusion.

I bet both clients and writers will learn something from this: That it can be rewarding to make it through a hard conversation.

After all, that’s where relationships are tested and strengthened. Some of the most loyal customers are the ones who complain and have something made right for them.

Have you ever been ghosted? Or ghosted someone else? Are you brave enough to share your story in the Comments below?

Want to hear when we have a new article on the site? Subscribe here.
(We’ll also keep you in the loop about any new offers or products.) 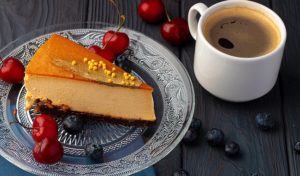 Let's compare a white paper to a dessert soufflé. Done right, a soufflé is an... 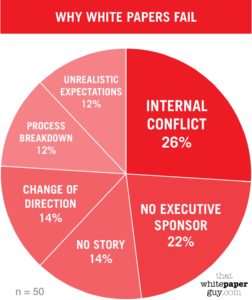 Not every white paper that's started ever gets finished. In fact, my data shows 1...