People frequently tell me they don’t have the time to write.

Or “I know that white paper is important, but I just can’t seem to get around to it.”

And while writing, say, a short report or article is daunting enough, when faced with a longer piece of work—like a white paper—these people really tie themselves in knots. 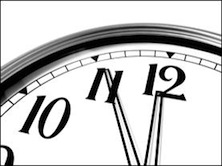 They want to dedicate half a day or even (shudder) an entire day to writing.They need to see an enormous stretch of time yawning in front of them before they put fingers to keyboard.

But the world of publishing does provide an interesting lesson: People who quit their day-jobs to write books usually end up with half a manuscript buried in a drawer.

But every year, thousands of books are published by people who continue with their regular lives and write in their spare time.

Just as the cactus thrives in a hot, dry environment, writing thrives in the absence of time.

Yes, you read that correctly.

I know this sounds counter-intuitive, but you probably recognize the principle from other areas of your life.

For example, if you back up your hard drive or weed the garden every week (instead of once a month) the task doesn’t become so daunting.

Writing, like many other jobs, is easier if you do a little bit regularly rather than a whole bunch at once. Here’s why…

This is the principle that says work expands to fill available time. Block off a week to write something and, guess what? It’ll take a week.

But if you “sandwich in” your writing whenever you have a spare moment, you’ll have more focus.

You’ll be less likely to waste the time procrastinating, staring into space or re-reading your previous work.

You’re less likely to get blocked by negative thoughts 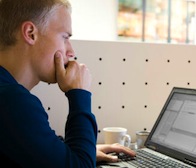 You know what I mean: That chatter in your head that tells you your work is no good, or that you need better ideas, or that you didn’t do enough research.

If you write fast enough, you can often out-run and out-write this negative blather.

Me? I love writing in 10-minute bursts

Not only does it allow me to get ideas out of my head and on paper when they’re fresh, it also gives me a big payback down the road.

That’s because when I go back to the report, letter or article, I often discover my work is much further ahead than I’d realized. And best of all, I’m not facing a blank page. It’s a great feeling.

Permit me one small equivocation, though. I think it does make sense to dedicate a good block of time to self-editing.

That’s a different job from writing: more time-consuming and requiring more concentration. So sure, if you want to schedule that, be my guest.

But when it comes to writing, think in small increments, not big chunks.

Scribble some sentences when you’re waiting for calls to be returned.

Jot down some ideas for that white paper while you’re waiting for a colleague to meet you for lunch.

Grab a few minutes of writing time whenever you can.

Did you know that 80,000 words is considered a decent total for a book? If you write a mere 350 words a day—working only on weekdays—you’ll have written a decent-length book in less than a year.

And at that rate, you could write a 3,500-word white paper every two weeks, and hardly break a sweat!

Do you ever write in short bursts of time? Have you completed a white paper that way? Please leave your Comment below.

Posted in White Paper Writing and tagged write in bursts, writing fast, writing time
← Why not use hype in a white paper?Affordable graphics for a white paper →

Daphne Gray-Grant grew up in the newspaper business — going from 16-year-old cub reporter at the family-owned weekly newspaper to eventually running the place. Then she decided to start her own family and had... triplets! Since then, she's become one of the world's top experts on busting through blocks, writing fast, and getting published. Check out her excellent blog here.

View all posts by Daphne Gray-Grant → 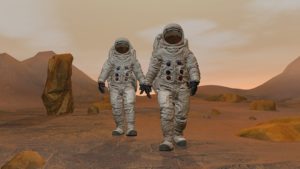 Ever heard of branded original research? It's an up-and-coming type of content marketing.  To create... 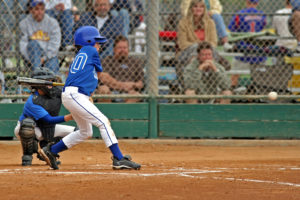 Have you seen all the articles about how artificial intelligence (AI) is now doing creative...

Every new cryptocurrency needs a white paper on how to explain and promote an ICO....